The following notice was published in the SF Chronicle's online SF Gate. Included is an online guest book where condolences for the family and remembrances can be shared. Some of his contributions to the Stanford men's golf team can be found here. 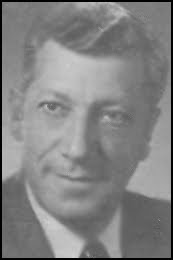 Warren Harry Berl August 24, 1920 - Nov. 22, 2009 Warren passed away peacefully at his home in San Francisco on November 22. Warren was a third-generation San Franciscan. He attended Galileo High School where he was captain of the golf team. He also achieved the rank of Eagle Scout.

He graduated from Stanford University in 1942. He was a member of the 1939 and 1941 NCAA Championship teams. In 1939 he was the Individual Conference Champion and NCAA Individual runner up. Warren was elected to the Stanford Hall of Fame for Golf in 1961.

During WWII he served as a Lieutenant on the U.S. Navy destroyer Aaron Ward, which was sunk in Guadalcanal, and the USS Downes. Warren's business career began in 1946 when he joined his father at Edwin D. Berl & Sons, a San Francisco investment firm established by Harry Berl in 1882. They merged with Sutro & Co. in 1957 where he was Chairman and President from 1971-1982 as well as Chairman Emeritus. His leadership at Sutro gained the respect and admiration from all those who worked with him. During his career he was on the Board of Governors of the New York Stock Exchange, American Stock Exchange, Chairman and Governor of the Pacific Coast Stock Exchange, SIA Board Chair and Chairman of the Investment Bankers Assoc.

Active in the community, he was Director of the greater S.F. Chamber of Commerce, Chairman Emeritus Northern California Multiple Sclerosis Society, Honorary Lifetime Director of the Institute on Aging and a Mt. Zion Hospital Board member. He was a member of the Pacific Union Club, The Family Club and Lake Merced Golf and Country Club where he won 7 club championships.

The family would like to give special thanks for the care and devotion from Dr. Jim Davis, Francine, Lou, Hospice by the Bay, Vince, Lin and the staff at 1070. Warren is survived by his loving and devoted wife and best friend of 61 years Aline, his brother John Berl, his devoted children; Douglas and Jane, Cathy and Peter Deutsch and Susan Berl, his adoring grandchildren; Elizabeth, Michael, Natalie, Marion, Aleen, Jason, Shelby and Haley. Aline's love and dedication gave him the support and encouragement he needed to live life to the fullest, an inspiration to us all. His family, friends and community will miss him.