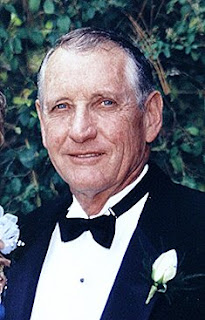 Robert Nodle Crozier of Santa Paula died peacefully on Monday, January 19, 2009, of natural causes with his family by his side. He was 80.

He will be greatly missed by his family and by numerous professional associates and golfing buddies. His greatest passion and love was for the game of golf, which he began playing at the age of nine. (See More) --- you will find his full obituary provided by his family. | Here you will find all Stanford golf team alums from 1932 to today including Robert Crozier in 1950.
Posted by Bob Stevens at 10:57 AM No comments:

Congratulations to former Stanford All-American Will Yanagisawa ('95) for qualifying for his full 2009 Asian Tour card as he tied for 17th by shooting rounds of 73-70-76-72-71 in Thailand. Here are the full final results and here is an article describing the qualifying tournament where 40 players earned their tour cards.

Will also shares below a fast-paced video tour of his 2008 season on the Asian Tour. Included in this 6 1/2 minute video are images from Hawaii, California, Malaysia, India, China, Brunei, Singapore, Thailand, South Korea, Vietnam, Indonesia and Cambodia. Will was a member of the 1994 national championship team.

Posted by Bob Stevens at 6:47 PM No comments: