2009 Stanford Golf graduate, Dodge Kemmer, has been playing some great golf over in Europe the past few years.  Dodge has been splitting time between the European Tour and Challenge Tour, traveling all over the globe in the process.  Here is what Dodge had to say about this past year in Europe:

"The end of yet another busy season: I played 25 tournaments in 21 countries, including 7 I had never been to (Turkey, Czech Republic, Slovakia, Azerbaijan, Norway, Finland, and China), and took over 80 flights which traveled over 160,000 miles. When I wasn't traveling, I was playing golf.

Of the 25 tournaments, 19 were on the Challenge Tour, 4 were on the European Tour (two counted as both), and two were in Asia.  My best finish on the Challenge Tour was tied-5th in Kenya, and recorded another top 15 in Northern Ireland (tied-12th) and finished 88th on the order of merit on the Challenge Tour.  I shot in the 60's 17 times with my best round a 65 (6-under).  I saw significant improvement in my greens hit in regulation (12.30 GIR/round) and my putting (47% from 6 to 12 feet).

I managed to earn status on the Challenge Tour for next season, which I hope to complement with privileges on the Asian Tour, in similar fashion to my 2013 season.  I am excited that I can confidently assert that I have made or am making significant and critical adjustments and improvements to my game and approach that will give me the best chance of success in 2015.  Namely, my mental game and attitude both on and off the course, and my ability to identify the causes of poor shots on the golf course and adjust accordingly within seconds -- rather than days.

Thank you to everyone back home for your support. I enjoy hearing from you and knowing that you believe in me!

Have a wonderful holiday season and I'll be back at it in January."

Dodge was a member of the 2007 Stanford NCAA Championship as well as the 2008 NCAA runner-up teams. We wish him warm thoughts as we watch him compete on TV in the often times colder climates!

Posted by Unknown at 5:53 PM No comments:

Patrick Rodgers qualified for Final Stage Q-School based on his earnings on the PGA Tour events played in 2014.

Cameron, Andrew and David advanced to the Final Stage by successfully advancing through the first and second stages of qualifying: 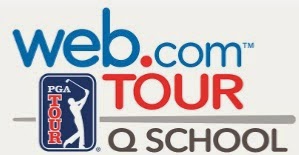 Posted by Bob Stevens at 6:37 AM No comments: 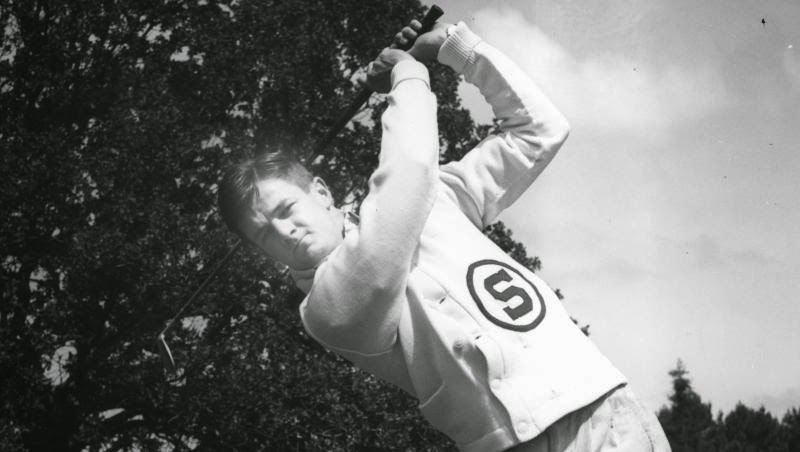 STANFORD, Calif. - Frank “Sandy” Tatum has had a remarkable life and shows few signs of slowing down.
He earned an engineering degree from Stanford in 1942, was a Rhodes Scholar and received his BCL in engineering from Oxford in 1949, where he was the first American to play on the golf team, and graduated from Stanford Law School in 1950.
Last week, Tatum, a retired law partner with Cooley LLC, where he has worked for 64 years, celebrated his 94th birthday by playing golf. He still drives to his Palo Alto office daily to advise clients.
“I have a serious reservation to charging anybody anything for what I do,” he joked this week.
Tatum was a standout golfer at Stanford and qualifies as one of its oldest-living former student-athletes. He helped the school win back-to-back NCAA Championships in 1941 and 1942, winning the individual title in the latter. He calls it his “proudest accomplishment.”
“I played No. 3 on the team and loved it with a passion,” said Tatum, a member of the Stanford Athletics and Bay Area Sports halls of fame. “From somewhere, I got visited and I played better than I knew how. I can remember vividly having finished the final round and having won the event and finally getting to a telephone to call my father, who was my inspiration in so many ways. I barely was able to say, ‘Dad, I won.’ And neither of us could speak for a substantial period of time. To this day, I resonate about it.”
Tatum remained Stanford’s only NCAA individual golf champion until 1996, when Tiger Woods joined the club. This year, left-hander Cameron Wilson became the third member.
“It’s pretty hard for me to describe how it affects me,” said Tatum. “The history involves so many remarkable golfers, such as Lawson Little and several others. Then I was joined by Tiger Woods, and that gave it seriously effective impact. This delightful young guy (Wilson) who has real potential joined us, and that added another feature for me in a very important way.”
Tatum grew up in Los Angeles, and began playing golf at age six. He often caddied for his father, a solid 4-handicapper, at Bel Air Country Club.
“He’d take me out there on Sundays with his group and give me a couple balls and a couple sawed-off hickory shafted clubs and told me to stay out of people’s way and when I got tired to go sit in the car,” Tatum said. “I was in and out of that car maybe a dozen times before he finally came out after his game. I thought it was a swell way to spend a Sunday.”  See more --- Read complete article about Hall-of-Famer Sandy Tatum on gostanford.com
Posted by Bob Stevens at 6:52 AM No comments: