I hope everyone had a great Easter weekend and had fun with family and friends!

This is the first of a monthly newsletter that I will be sending every first week of the month or so to update everyone on my progress. A former teammate of mine shared this idea with me and thought it would be a great way to let everybody know how things are going. It was a busy month in March, as I had four straight tournaments on the Web.com Tour, with the first three being in South America and the last in Louisiana.

The first week we played was in Cartagena, Colombia for the Cartagena de Indias at Karibana Championship presented by Prebuild. The course, TPC Cartagena, was the first TPC to open in South America. The front nine plays inland and is framed by trees, whereas the back nine is situated next to the Caribbean Sea and is much more exposed to wind. Scores of 78-68-74-77=297 were good enough for t-53rd. Although it was not the best week, I felt my scores did not justify my play. I have never experienced playing in such ferocious wind. Wind wreaked havoc throughout the week, causing multiple delays. Putts were breaking UP the slope as the wind prevailed over gravity quite a few times. A positive I can take is the fact that I played my last 11 holes of the second round in 6 under par, including birdies on my 16th and 17th hole, to make the cut on the number. I have learned a lot from playing in that wind and hope to use that experience for future British Opens...

Here is a picture of the sun rising over the first hole as we warm up on Sunday. 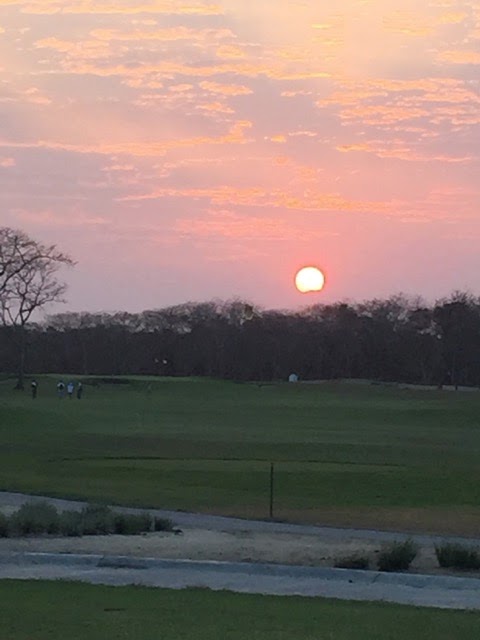 The second week we were in Sao Paolo, Brazil for the Brasil Champions presented by HSBC. Sao Paolo looks like a busier, bigger version of New York with its abundance of high-rises and corporate buildings. The golf course is a beauty, with pink and orange and white flowered trees framing the fairways and greens. It was short in distance and soft because of the thunderstorms that frequent the summer afternoons that time of year. Therefore, guys were all taking dead aim at the pins in order to make as many birdies as they can. Scores of 71-67-74-71=283 were good enough for 68th. I struggled with my ballstriking all week, hitting a few in the water hazards and out of bounds. A positive I can take away is the fact that I birdied my last two holes of the second round to make the cut on the number once again, including a 30-footer at the last. 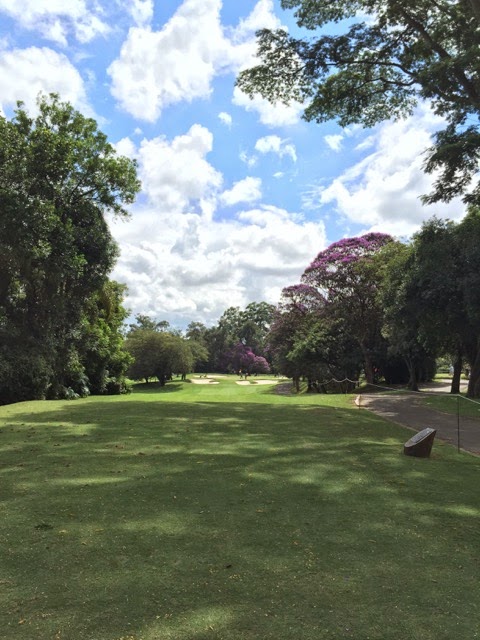 The third week we were in Santiago, Chile for the Chile Classic. The city was extremely clean and westernized, really not much different than an American city. The course we played is the only public golf course in the whole country! Club de Golf Mapocho is a very large course with extremely wide fairways and expansive, rolling greens. The weather could not have been any better, with highs reaching the high 80s every day and only a slight breeze. Scores of 67-71-71-68=277 were good enough for T-56th. I really played well all week, but just struggled a bit reading the subtle slopes on the massive greens. One of the highlights of the trip was going to a local diner called Fuente Alemana and eating the El Lomito. A picture of the massive sandwich oozing with avocado, slow roasted pork loin, melted cheese, tomato, and massive amounts of mayonnaise is below. It was featured in one of the episodes on Anthony Bourdain's No Reservations show. 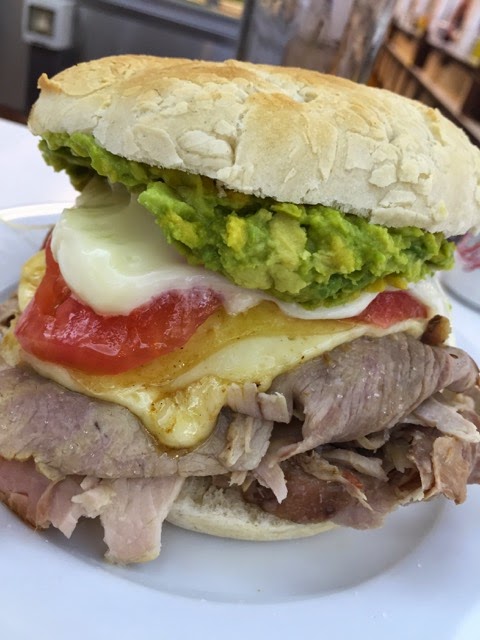 The last stop of the month-long trip was back to good 'ole America in Lafayette, Louisiana for the Chitimacha Lousiana Open presented by NACHER. The city is known for its cajun cuisine and delicious eats, which I cannot disagree with. The course, Le Triomphe GC, is a classic course with small and quick, undulating greens and fairways guarded by well-positioned bunkers and water hazards. Scores of 70-74=144 had me missing the cut by a few shots. I played extremely well, probably the best I had played for the month of March. A negative attitude and a short fuse is all it takes to get sent home early. Sometimes, it takes making those mistakes in order to prevent yourself from making them again in the future.

I learned a lot in the past month while traveling: what to do, what not to do, how to manage time, how to practice efficiently. It is a process and I am going to continue to focus on the process of getting better, each and every day.  I leave for the El Bosque Mexico Championship next Monday. Tournament starts on April 16 and goes till the 19th.

Thanks for following and I hope everybody has a great week!! Remember, it is Masters week!

Posted by Unknown at 1:29 PM No comments: