Joe Bramlett (2010, pictured above) and Zack Miller (2007, pitcured below) advanced to the final stage of the PGA Tour Qualifying School to be held December 1st - 6th at Orange County National Golf Center and Lodge in Orlando, Florida. Bramlett and Miller, who are former teammates and All-Americans from the 2007 National Champion Stanford team, finished tied for 4th and tied for 6th respectively at the Bayonet Golf Course in Seaside, CA. Bramlett carded rounds of 69, 65, 70 and 72 for a 12 under par total. Miller followed suit with rounds of 68, 67, 71 and 72 to finish at 10 under par two shots back of Bramlett. 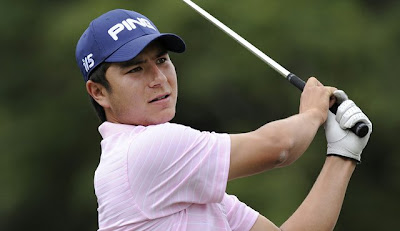 Also competing was former teammate Dodge Kemmer (2009) who fired rounds of 69, 71, 71 and 75 for 2 under par total of 286 that left him just 5 shots behind the final qualifying spot at 7 under par. Unfortuntately, Alex Aragon (2000) also fell short of advancing to the final stage. Aragon finished tied for 46th at Bear Creek Golf Club in Murrieta, CA.
Posted by Pat Phillips at 9:30 AM No comments:

Cardinal Compete for Card in California

Joseph Bramlett (2010, upper left), Zack Miller (2007, upper right), Dodge Kemmer (2009, lower left) and Alex Aragon (2000, lower right) will continue their quest to earn a 2011 PGA Tour Card in the Second Stage of Tour Qualifying School November 17th through the 20th. Bramlett, Kemmer and Miller will compete at the Bayonet and Black Horse Golf Course in the Monterey neighboring town of Seaside, CA. Aragon is set to play at Bear Creek Golf Club in Murrieta, CA. The number of qualifying spots at each site have yet to be determined, but the top finishers will earn on spot in December's Final Qualifying Stage where finalists will compete for a 2011 PGA Tour Card or status on the 2011 Nationwide Tour. We encourage the Cardinal faithful in Northern California or Southern California to get out and support these fine players. 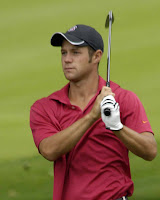 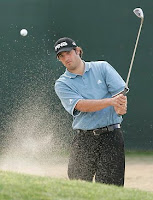 Posted by Pat Phillips at 2:08 PM No comments: